The boys discuss the loss of the one true Batman, Adam West. Poor Rafael was pretty broken up about it, and the Cat, the Cat is just broken and doesn't feel much. The duo discuss the aches and pains of getting old, which means it might be time for them to retire to the old podcasters home. Another WTF in fashion this week, it's becoming a thing. Women, (or even men, we ain't judging) can now have the joy of wearing a one piece bikini with the look of a hairy chested dude. Raf might be opposed to a Bromper, but he was quite confused, yet interested in this bikini. An 80s trivia quiz is more frustrating by the fact that Raf has not seen the majority of the movies since he's still catching up on 70s movies he's never seen. Time to catch up Rafael!

Posted by We Are Not Here To Please You at 9:08 PM No comments:

On this week's "We are not here to please you" Raf and Kitty are joint once again by Doctor squee from the Gallifrey Stands Podcast. They talk about Sinfield dissing Keisha (what's the deal with that?), play another round of "The people have spoken" with the self proclaimed Jesus of podcasting Johnny Whitetrash & Squee reminds Raf he forgot to play the B side to "Raf Smells" last week.

Soundcloud
Stitcher
ITunes
Available in ADHD Network
http://rawtalkonline.com/
PodGodsNetwork
Dave image used with permission, courtesy of @ThatFrakkingCat
Posted by We Are Not Here To Please You at 1:44 PM No comments:

We are two guys recording a podcast based in Finland and having fun doing so Rafael is German and ThatFrakkingCat is... well... a cat XD.
Our podcast contains politically incorrect language, science, odd things from around the globe, and other general nerdery.
Intro/outro music composed by Jussi Huhtala
Contact us at: wearenotheretopleaseyou@gmail.com

Listen to us on Stitcher

We are a part of the PodGod's Network 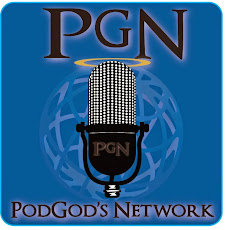